Lasting Memorials in Honor of Troops Across Canada

With Remembrance Day just passing many of us are thinking of the incredible sacrifice Canadian soldiers and service people have made in various initiatives over the years. Veterans are an incredible group of people, willing to sacrifice their lives for the betterment of our world and they deserve lasting memorials to pay homage to the work that went into preserving their principles of peace and freedom.

At Behrends Group, we have been honoured with the task of memorializing the work of our veterans in various displays across the country. As we take a moment of silence to think of Canadian troops of the past and present, we also look back to some of our most meaningful foundry projects: where our long-lasting bronze gets to make their history something to remember for generations to come.

Princess Patricia’s Canadian Light Infantry 100th Anniversary | Edmonton, Alberta: This beautiful tribute is located in Edmonton, Alberta in the Village at Griesbach – the former military base which now houses a care facility for elderly and aging veterans. In a beautiful dedication ceremony in the Fall of 2015, this memorial was unveiled to currently service people, veterans and members of the public in a beautiful, military salute and parade.

Replica of Beaumont-Hamel Memorial Wall | St. Johns, Newfoundland: When renowned sculptor Morgan MacDonald approached us to help him replicate the Beaumont-Hamel plaques in France for a commission from the City of St. Johns, we had no idea what we were getting ourselves into. The Beaumont-Hamel plaques exist as a monument to the WWI Newfoundland Forces Missing with No Known Graves, and the fine folks of St. Johns wanted one on home soil. MacDonald flew to France to 3D scan the plaques, but this was before 3D scanning was as functional of a process as it is today. In short, we ended up remodeling each plaque entirely piece-by-piece digitally to extremely exacting standards, even replicating casting imperfections and the aged patina, as well as spelling and typesetting errors found in the original. Our hard work definitely paid off, and the plaques came out looking amazing – nearly indistinguishable from the originals just north of Albert, France.

Royal Canadian Navy Centennial Monument |Ottawa, Ontario: While working with the National Capital Commission, Behrends had the pleasure of commemorating more than 100 years of Canada’s navy. We were commissioned to cast a bronze interpretive plaque for the monument, which was created as an enduring legacy to the Royal Canadian Navy in honour of its centennial (celebrated in 2010).

The list of other military recognition projects we have been involved in is long and ever-growing. We continue to be humbled by our role in preserving Canadian military history for generations to come and are proud to offer quality products that endure the test of time and complement their legacy.

Take up our quarrel with the foe: To you from failing hands we throw; The torch – be yours to hold it high. If ye break faith with us who die, We shall not sleep, though poppies grow In Flanders fields. 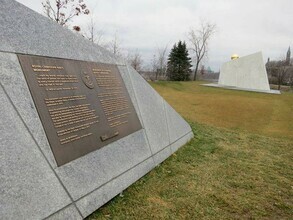 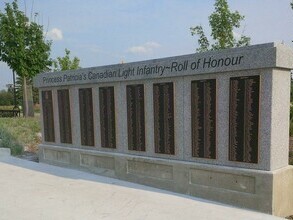 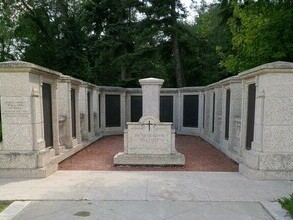