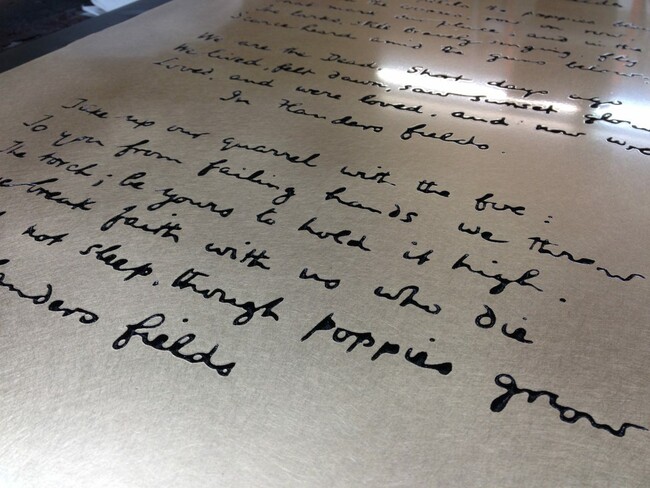 Every Remembrance Day, Canadians honour their troops by reciting the famous poem “In Flanders Field” by Canadian soldier Lt.-Col. John McCrae. The iconic poem turned 100 years old in 2015 and a commission from the Edmonton Castledowns Recreation Society led to the fabrication of an exceptional memorial on the north-side of Edmonton, across from the Veterans’ Centre. The artwork for the memorial was designed by Behrends Group and included landscaping collaboration with other firms. The memorial itself is comprised of multiple components including eight bronze plaques embedded in stonework, one bronze dedication plaque on a stand, one large bronze poem plaque on a custom-designed stand and two story boards on high-pressure laminate. The story boards tell the story of how McCrae came to write the poem and how it has come to be associated with Remembrance Day in Canada, including information about the poppy and recognition of those who assist with the poppy selling campaign annually. The entire memorial including the construction of retaining walls and the entire park was built into a hill in the shape of a cross with stones along the walkway resembling sandbags in the trenches of the First World War. Poppies themselves were granted a special permit to be planted by the City of Edmonton to complete the look of this memorial of which Behrends is so proud to have been an integral part. 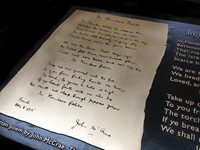 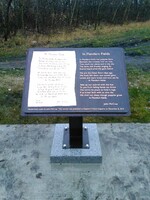 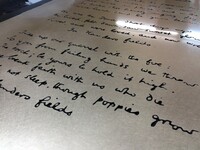