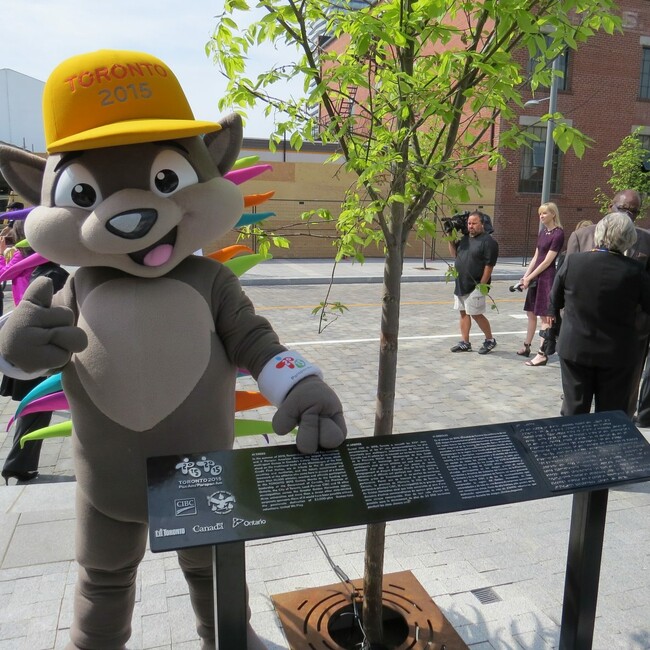 Behrends is no stranger to being trusted with high-profile projects so when we were asked to work with the Pan Am / Parapan Am Games for their signage needs, we knew we could deliver. Last year, we were approached by UCC group to work with them and the Pan Am/Parapan Am Games Organizing Committee to manufacture plaques and stands. These plaques were to be placed alongside trees that were planted in the Athletes’ Village to commemorate the 41 countries and territories that would be competing this summer at the TORONTO 2015 Games. A plaque was made for each of the 41 trees along with a larger main plaque that identified the area and purpose of the project, which was translated into English, French, Spanish and Braille. The Pan American Games begin July 10th through to the 26th and the Parapan Am Games begin August 7th to the 15th.