When renowned sculptor Morgan MacDonald approached us to help him replicate the Beaumont-Hamel plaques in France for a commission from the City of St. Johns, we had no idea what we were getting ourselves into. The Beaumont-Hamel plaques exist as a monument to the WWI Newfoundland Forces Missing with No Known Graves, and the fine folks of St. Johns wanted one on home soil. MacDonald flew to France to 3D scan the plaques, but this was before 3D scanning was as functional of a process as it is today.

In short, we ended up remodelling each plaque entirely piece-by-piece digitally to extremely exacting standards, even replicating casting imperfections and the aged patina, as well as spelling and typesetting errors found in the original. Our hard work definitely paid off, and the plaques came out looking amazing – nearly indistinguishable from the originals just north of Albert, France.

On the first day of the Battle of the Somme, July 1st 1916, the Dominion of Newfoundland forces entered into their first major engagement. This battle became one of humanity’s bloodiest battles; over 1,000,000 were killed or injured. The Beaumont-Hamel memorial site in France is one of only two National Historic Sites of Canada located in other countries. For many, the memorial site and story of the Dominion of Newfoundland forces.

Playing a role in recording the history and heritage of our nation to be displayed and shared is a valuable part of what we do. This historic piece for St. Johns was no different. Everything was copied over from the original plaque to exacting detail – we included every type-setting mistake, every nick and scratch, every element in the decorative border was captured and included. The patina was carefully imitated by hand, a demanding process that requires expertise. Memorial projects of this scale can weigh heavily on the heart, but we’re proud to be a part of ensuring that the memories of these patriots are never forgotten. 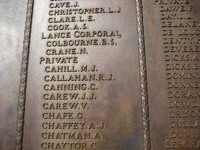 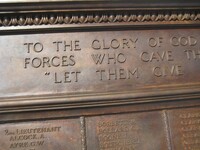 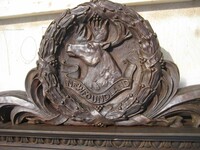 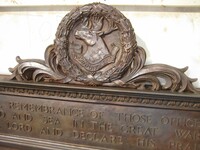